It should have been an ordinary Sunday. But it was a tragic day for the people in Barangay 60, 60-A and 61 in Sagkahan, Tacloban City when a big fire left more than four thousand homeless according to reports.

When I heard the news, my sangkay (close friend) and I prepared to see the area and these were  (see images below) what we saw.

Fathers, brothers, and even children like the three children below tried to salvage anything that can be sold or can be used.

Many people came to see the site even there are still remaining burning pieces. I believe the authorities had done investigations – the reason why people are allowed to inspect the site.

People also started to cordon small areas – most likely the site where their houses used to stand – a hint that they will soon rebuild their homes.

There are many curious folks.

This child tried to draw some water from partially burnt water pipe. 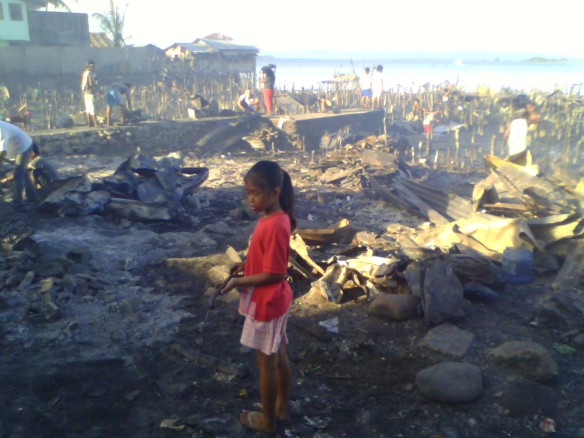 Looking for anything that can be sold or can be used is a heart-breaking scene.

This tricylcle was padlocked – perhaps the reason why this was not saved.

This lady tried to inspect her stuff.

As we smell the smoke of lost hope, my sangkay and I talked about what’s next for the thousands of children. We could feel uncertainties, of difficult times for the victims.

Look at the small girl below. How many young girls like her would be homeless?

More than 4,000 used to live in this area. It looked small for me but I would not dispute the numbers.

For those who are not from Tacloban, BN means, Barangay Naton (BN) Movement. 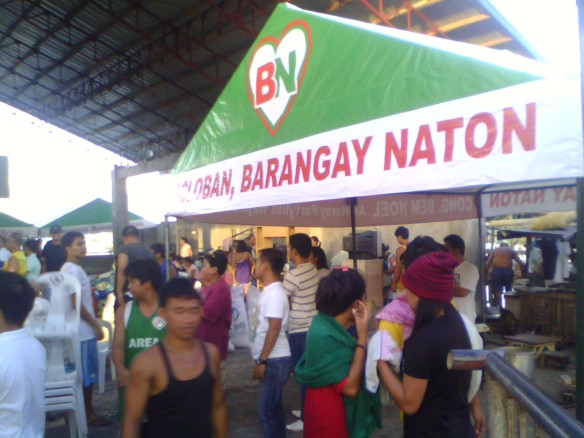 I think the next thing should be our help. Let’s help the victims to build their home soon. How? There are thousands of ways.

2 thoughts on “Tacloban City: More than 4,000 Homeless in Sagkahan”